Longcroft Church (named after the house where we meet) is based in the village of Barnston on the Wirral peninsula in the north-west of England. Beginning in the late 1960s as one of the earliest House Churches, our desire was to express the reality of the Lord Jesus Christ in everyday life, and meeting informally in a home was a significant expression of that value. We remain a home based, family orientated church.

Our congregation is taken from many different walks of life and covers a full age range. We currently have about 140 adult members although we do not maintain a formal membership roll as such. In addition we have a good number of children plus a few students living away during term time.

About our charitable status

The Longcroft was put into Trust in 1963 to be a place of help for those on the verge of, or recovering from, a nervous breakdown, and who were seeking ministry, counsel and rest. It was also given as a place of worship and for the preaching of the gospel.

In August 2017 the Longcroft became a CIO, a Charitable Incorporated Organisation, registered with the Charity Commission as Longcroft Church (charity number 1174221). From a day-to-day point of view, the basic function of the church is unchanged as a result. 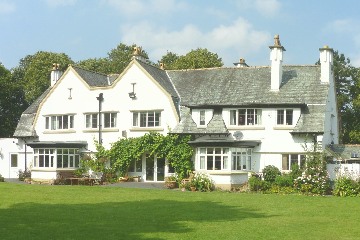